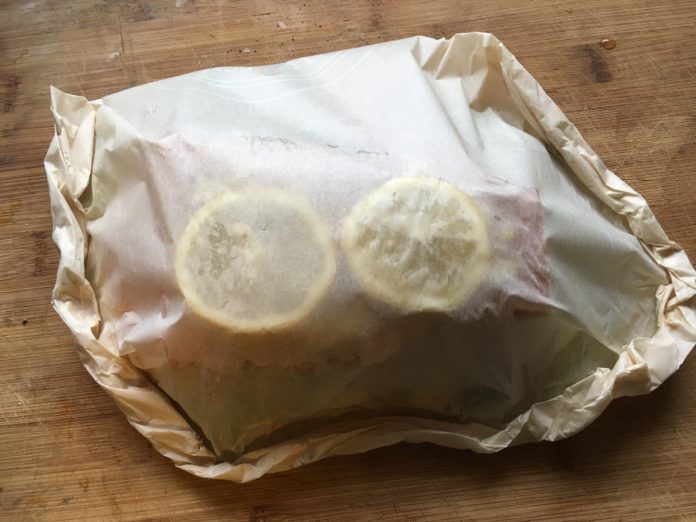 This recipe is easy, and fun to do, and looks cool when presented on a plate at the table!

The best directions for using parchment paper for  this recipe are on the blog from yesterday and on our show!

You can use whatever fish you like and whatever vegetables you like but the veggies should be relatively sturdy ones, like beans and carrots and potatoes. I found this out by doing it with zucchini and that ended up pretty mushy. 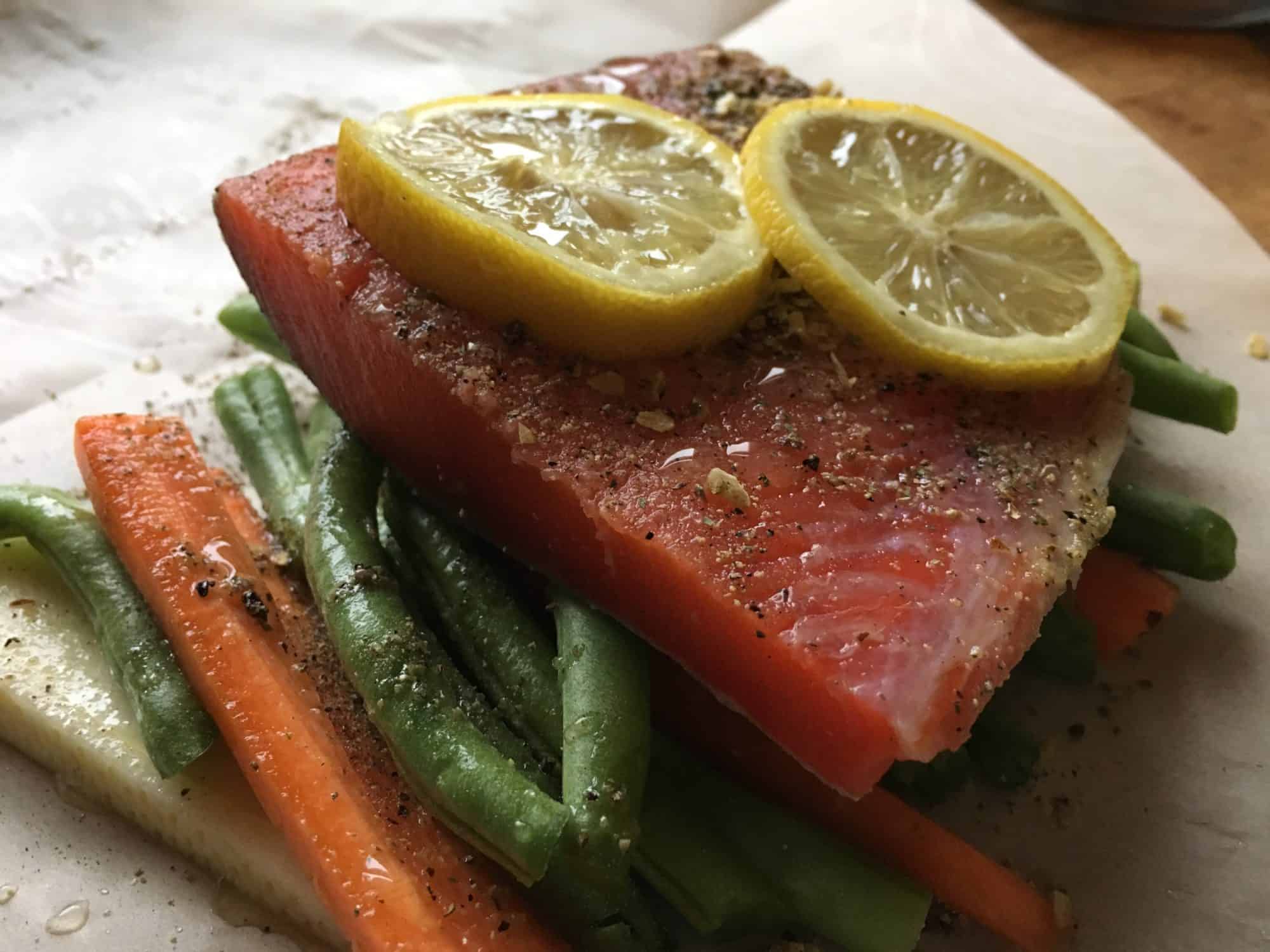 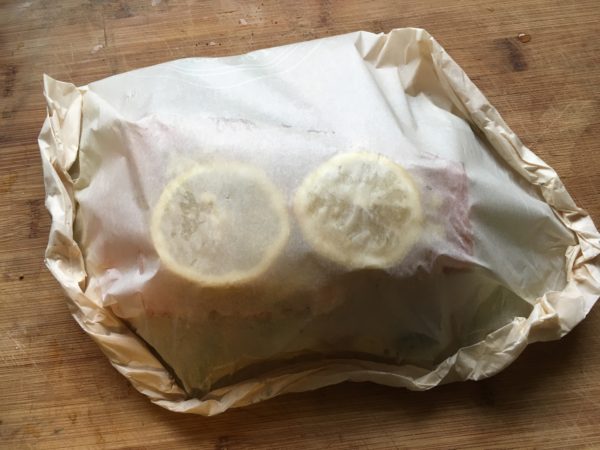