Here at Quick and Carry, we are already a little obsessed with electric pressure cookers, because we make the wonderful bags that tote and protect them.

Everywhere you turn, someone is talking about or writing about the newest cooking craze – the Instant Pot. Today, the day after Christmas, everyone is wondering how many people opened a new IP yesterday!? I am positive that millions of new pots have been both bought and given during this last month, adding to the obsession that is the Instant Pot.

Here at Quick and Carry, we are already a little obsessed with electric pressure cookers, because we make the wonderful bags that tote and protect them. We do a live show about an Instant Pot recipe once a week, and answer questions from our friends and fans on our Facebook page. So, we are all about this machine!  But, even we readers here at Q&C headquarters were delighted to see the IP mentioned in two very important news outlets in the past couple of weeks.

There is a great article by Kevin Roose in the New York Times called “Cooking, and Reporting, in the Thrall of the Instant Pot.

I found it fascinating that this was NOT in the food section of the newspaper, but instead was in the Times Insider, which is more tech news.  Mr. Roose travelled to the Canadian home of the Instant Pot and its inventor, Mr. Robert Wang. He spent some time touring the facility where the IP is made, and the article is full of info on how the kitchen marvel came to be made. The author has become enamored of his new way of cooking, and it actually seems to have changed his life!

The second article is from Bon Appetit magazine and is called, “The Instant Pot’s Master Plan to Invade All of Our Kitchens”, by Alex Beggs. Well-written and slightly adroit in its approach, this article also talks about the birth of the Instant Pot, and the craze surrounding it, but also goes on to talk about the bloggers and cookbook writers that greatly contributed to the success of the cooks that were the early adopters of the electric pressure cookers. Mr. Beggs talks about the huge Facebook groups that exchange recipes and information and links to all things Instant Pot….which sometimes include links to our awesome bag over on Amazon! He mentions my favorite cookbook and author – “Indian Instant Pot” by Urvashi Pitre. 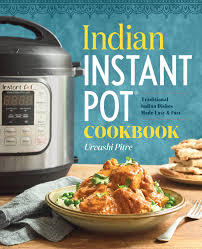 Her Butter Chicken recipe nearly broke the internet for a time, because the recipe is so delicious and so easy to make in an Instant Pot. He also mentions the cookbook “Dinner In An Instant”,  put out by Melissa Clark, resident food expert from the New York Times. She is a wonderful cook, and her recipes are worth checking out. (There will be a review of that book on this blog sometime very soon!)

Beggs’ article also has some new information from the future for IP lovers, giving us something to look forward to – read the article to find out the news!

One of the most fascinating gems of information in the Bon Appetit article is that Robert Wang himself states that electric pressure cookers only have a 5% market penetrations rate, compared to 82% for the slow cooker, or Crock Pot. I was astonished! Only five percent? Wow…if this level of interest exists with a product that still is barely on the radar of most home cooks, I cannot imagine what the internet will be like when the Instant Pot achieves a 50% market penetration rate!

Check out these wonderful articles and the information they impart, and pat yourself on the back if you are one of the early adopters of this cooking phenom. You are a thought leader, and, probably a great pressure cooking chef already!