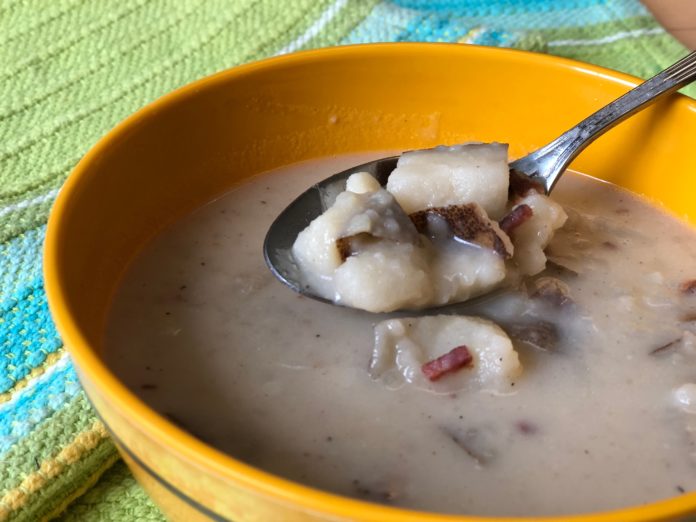 My mom makes the most delicious potato soup. I know, lots of people have moms who make the best potato soup…but my mom, Pat, does have one of the BEST recipes I have even tasted, and even though my sister and my sister-in-law and I and others have tried, we never quite get that right flavor. There is something about Mom’s that is just so gosh darn yummy!

But it has evaporated milk and crushed up crackers in it, and my dear daughter, who fights her lupus with a very strict diet, cannot have either of those items to eat. I have wanted to update the soup for her, and for the Instant Pot, and this late spring snowstorm we are having presented me with just the right time to try my hand at a new recipe.

Because I love the Whole30 diet, and am about to start a round, I wanted to see if I could get this to be compliant with that way of eating, and it is also a Paleo recipe. 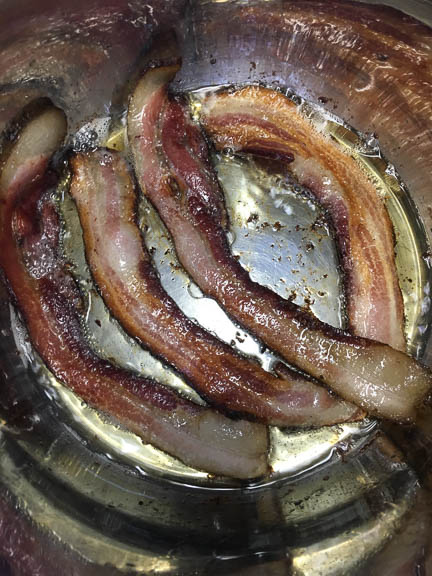 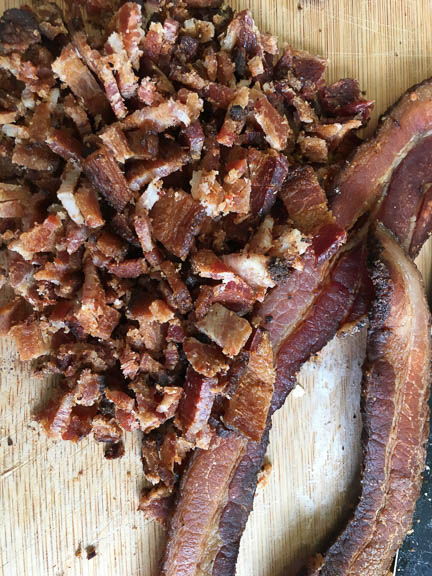 I use Paleo bacon so that it does not have any sugar in it. Your flavor will vary slightly with whatever bacon you use. I also use full fat canned coconut milk, but you can use the cow or nut milk of your choice…my mom would probably still like it better with the evaporated milk! 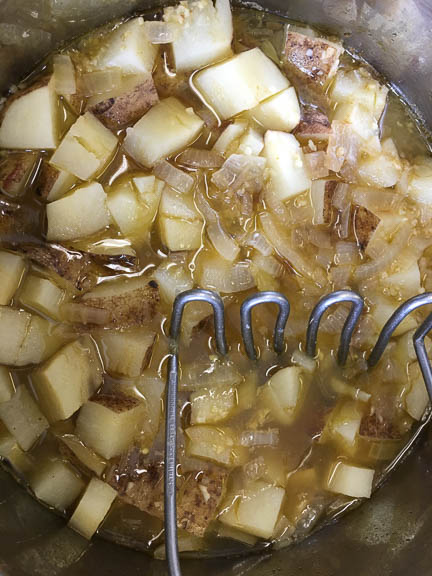 Some people flip a little when they think of putting bacon grease in anything…because the idea of the toxins in that fat make them all squicky inside. If that bothers you, don’t add it…I know where my bacon comes from so I am a bit spoiled in that regard. The added flavor is worth adding it!

This should easily feed four people two bowls each, which they will want. If you are lucky you will have some for leftovers the next day, when it tastes even better!

Any Paleo or Whole 30 cooks out there?! You will LOVE this Potato Soup Instant Pot Recipe.

Yum
This is the ultimate comfort food potato soup, but with no dairy or gluten...an update of a classic recipe for those on a special diet.