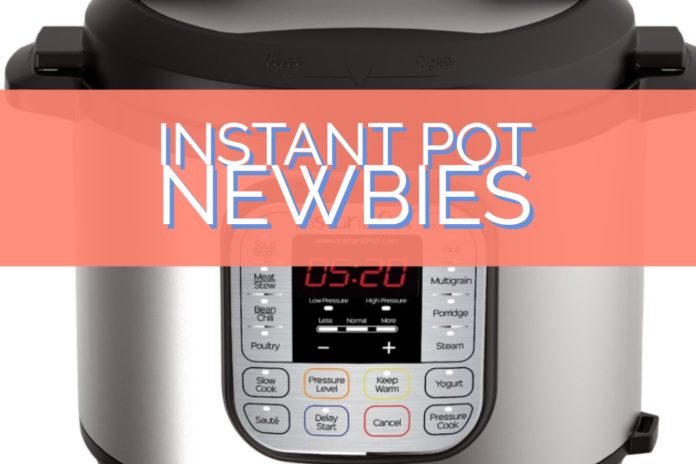 Once you have used it FIVE times, you will be an expert!

As part of my job, I keep a close eye on several of the Instant Pot groups on Facebook. I participate in a couple of them, sharing ideas and recipes. But what I mostly do is comment, over and over, on the posts of people who are hesitant to use their new pots. Some people have them for months before they even take them out of the box!

My comment is always the same one:  once you have used it FIVE times, you will be an expert!

I totally believe that and stand by it – and I know it is true from personal experience.

My first IP use was a sort of a mixed up disaster. I had a friend who had been using hers for almost two years before I first got one, so I texted her to make sure she was around in case of trouble. I did not do the water test, as I had no manual or anyone to tell me what to do. I wanted to make some potatoes for dinner, and really, how badly can you mess up a potato?

I did not even have a trivet, so I put some water in the bottom of the liner and put my cut up Idaho’s in, and set the manual button for whatever the recipe said…and then I went way across the house, and sat at my desk, so I could observe from far away.

After what seemed like a really long time – but was probably only about 12 minutes – steam started coming out of the top. I knew that it was supposed to come out for a minute or so, but this just kept on going. And going. And going. My intuition told me that this was not right.

I called Rae, and stepped closer to the pot. I described for her what I was seeing, and she instantly knew:  I had NOT set the toggle to sealing!

She talked me through the removal of the hot lid, the checking to see that I still had enough water in the liner, and the correct setting of the sealing toggle on the top of the Duo. I pushed the correct buttons again, thanked my friend, and retreated back to my desk. To wait. To watch. To wonder.

Those potatoes were so good! They came out the perfect texture, which is what I love about the Instant Pot and potatoes. Since those turned out ok, I moved on to eggs.

I did the 5-5-5 method and decided that the eggs were great and the pot was getting easier to understand.

I think my third go was spuds again, as we were having steak and I wanted that perfect potato again, but after that I moved quickly to soup, and then a more complicated recipe, and by the time I had used the Instant Pot five or six times, I felt totally comfortable with it. I recognized the sounds, the beeps, the steam at the right, or wrong, times – I got to know my pot. 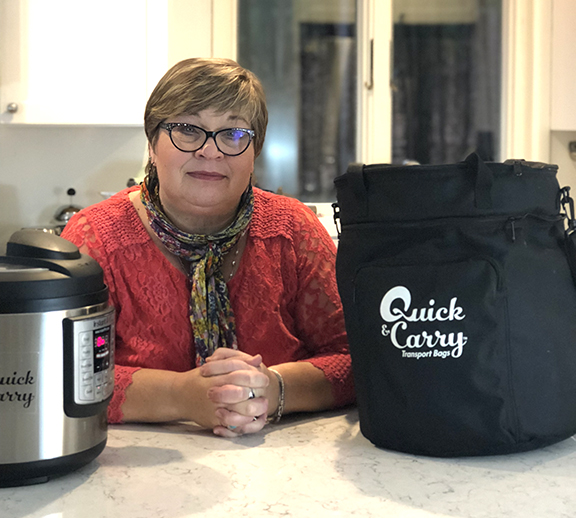 Not long after that, I went from being a total skeptic to having my own Instant Pot cooking show, live on our Facebook page every week! I had to become a teacher and demonstrator of this magical device. I had to be able to share my enthusiasm, and honestly? I love it now. I really do. I love sharing the tips and tricks and recipes and ideas that I have collected, and I love the interaction with the lovely people who watch my show. I want each show to be educational, interesting, and most of all, motivating…proving that if I can do it, anyone can do it!

So, if your Instant Pot or other electric pressure cooker is still sitting in the box or you have not used it much, go through some of my older videos and find a couple of recipes to try…most of the food I have made over the months of my show is easy stuff – corn, soups, lemon cake, a pancake! I have been doing some more complicated recipes, but I always go back to the simpler ones, too, because most of what you can make well in an Instant Pot is easy stuff anyway!

Don’t be afraid of it! If the Instant Pot were dangerous, would so many of us buy them and use them?