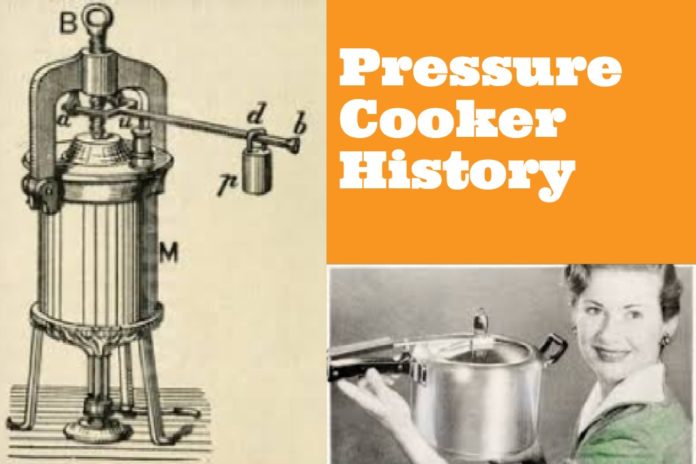 Did you know that the pressure cooker was invented in 1689?

A French physicist named Denis Papin was experimenting with steam, hoping to use a steam digester to help food cook faster. Two years later he presented his cooker to the Royal Society of London, where he was awarded membership for his scientific discovery.  He would be absolutely astonished to see an electric pressure cooker in action today! 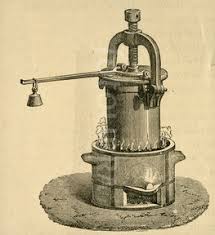 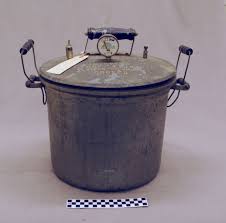 The first home pressure cookers became popular in the early to mid- 20th century. In 1918, Spain granted Jose Alix Martinez a patent for a small home pressure cooker, and he went on to publish the first pressure cooker cookbook in 1924, titled, “360 Recipes for Cooking with a Pressure Cooker.” (I think that is a LOT of recipes! Did he have help?)

By the 1939 Worlds Fair, many manufacturers in both the United States and Europe were competing to design the best home pressure cookers. Soon, housewives were becoming adept at the art of making food fast. Some foods are cooked at 60-90% less time in a pressure cooker!

The very same scientific principles that governed the early “first generation” cookers are the same ones that govern today’s modern electric pressure cookers like the Instant Pot. When water is heated in a sealed chamber, steam is produced and trapped. Over time, the steam increases in volume but the space stays the same. The pressure inside the chamber raises the boiling point of the contents, meaning the food cooks faster at a hotter temperature.

With the first and second generations of pressure cookers safety was often a concern. The valve jiggling away on the stove was a familiar, but often scary, sound. Pressure cookers were known to blow, unsealing and dangerously spewing their hot steam and liquid contents, resulting in great harm.

Today’s modern, or third generation, of cookers are extremely safe. Three to five layers of safety redundancy mean that there should be no fear in working with an Instant Pot or other electric pressure cookers. The locking lid, the sealing gasket, and the way the valves on the lid work mean that the cooker will NOT come up to pressure unless everything is correctly in place. With correct cleaning and maintenance, an Instant Pot should last many years, and be very safe to operate.

So many posters on the Instant Pot Facebook forums talk about how long they have had an Instant Pot sitting around, because of their fear of opening the box and actually using the thing! A little reading, a careful study of the manual that comes with the pot, and the many online written and video tutorials can help to alleviate the stress of those first few uses. I always say that once you have used your Instant Pot five times, you are an expert.

Wouldn’t you love to be able to show Jose Martinez and Denis Pepin and all the other inventors of the early pressure cookers to your kitchen, with three Instant Pots of various sizes, all humming away on the counter, full of food happily cooking under pressure, at just the push of a button or two? The look on their faces would be wonderful to behold!

And what about your collection of cookbooks and recipes? They would be amazed! 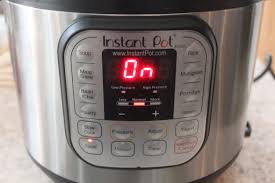